As students prepare to head back to school, many parents are looking for after-school activities that provide a safe and structured space where children can learn skills and be physically active. Girls on the Run offers this and so much more.

A recent independent study provides compelling evidence that Girls on the Run is highly effective at driving transformative and lasting change in the lives of third to fifth grade girls. The program’s intentional curriculum places an emphasis on developing competence, confidence, connection, character, caring, and contribution in young girls through lessons that incorporate running and other physical activities. Throughout the course of the ten-week program, girls learn critical life skills including managing emotions, resolving conflict, helping others and making intentional decisions. It is the combination of the research-based curriculum, trained coaches and a commitment to serve all girls that sets Girls on the Run apart from other after-school programs.

The independent study was conducted by Maureen R. Weiss, Ph.D, a leading expert on youth development. “Girls on the Run participants scored higher in managing emotions, resolving conflict, helping others, and making intentional decisions than participants in organized sport or physical education,” confirms Weiss. “Being able to generalize skills learned in the program to other situations such as at school or at home is a distinguishing feature of Girls on the Run compared to traditional youth sports and school physical education, and suggests that the intentional life skills curriculum and coach-training program can serve as exemplars for other youth programs.” 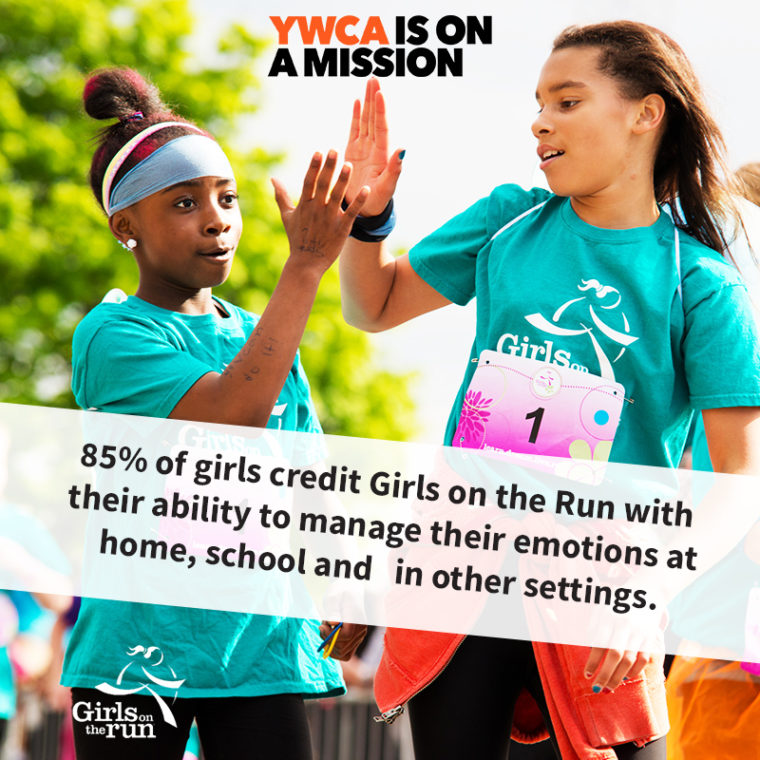 What Dr. Weiss’ team found was powerful. In a sample that included 907 girls from three states, Weiss’ research found that 97% of Girls on the Run participants said they learned critical life skills at Girls on the Run, including managing emotions, resolving conflict, helping others or making intentional decisions. The skills that girls learned not only helped them during Girls on the Run sessions, but also carried over to home, school and time with friends.

Weiss’ team also found that the program had the strongest impact on the girls who needed it most. Girls who began the program with the lowest scores in confidence, character, competence, caring and connection had the most significant improvements by the end of the ten-week program. Additionally, girls who were the least active at the start of the program increased their physical activity level by 40%, maintaining it long after the program had ended.

Some of the participants, family members and coaches, as well as school personnel, participated in focus groups as part of the study. When asked how Girls on the Run impacted their lives, girls shared stories of how they learned to choose friends who build them up and encourage them; parents talked about how their daughters used Girls on the Run lessons to resolve conflict at home; and teachers expressed how they saw changes in their students. Eleven-year-old Malia shared this:

“Girls on the Run has helped me understand what it means to be a girl. Though it might be difficult, my coaches and friends have taught each other to be kind and respectful to one another and accept each other. It was an amazing experience being part of such a spectacular pack of girls. I will continue to teach others about what I learned with Girls on the Run, and carry it with me for the rest of my life.”

1. 97% of girls said they learned critical life skills at Girls on the Run that they are using at home, at school and with their friends

2. 7 out of 10 girls who improved from pre-season to post-season sustained improvements in competence, confidence, connection, character, caring, or physical activity beyond the season’s end.

3. Girls in Girls on the Run were significantly more likely than girls in physical education or organized sports programs to learn and use life skills, including managing emotions, resolving conflict, helping others and making intentional decisions.

4. Girls who were the least active before Girls on the Run increased their physical activity level by 40% from pre-season to post-season and maintained this increased level beyond the program’s end.

In 2017, 674 girls were inspired to be joyful, healthy, and confident through YWCA Northeast Kansas Girls on the Run.