The gender pay gap is real, and a real problem for women in the workforce. Even in 2021, women, especially women of color, must work several extra months to earn what a non-Hispanic white male earned on average the previous year. The graphic below from National Women’s Law Center shows how much women lose over the course of their career: 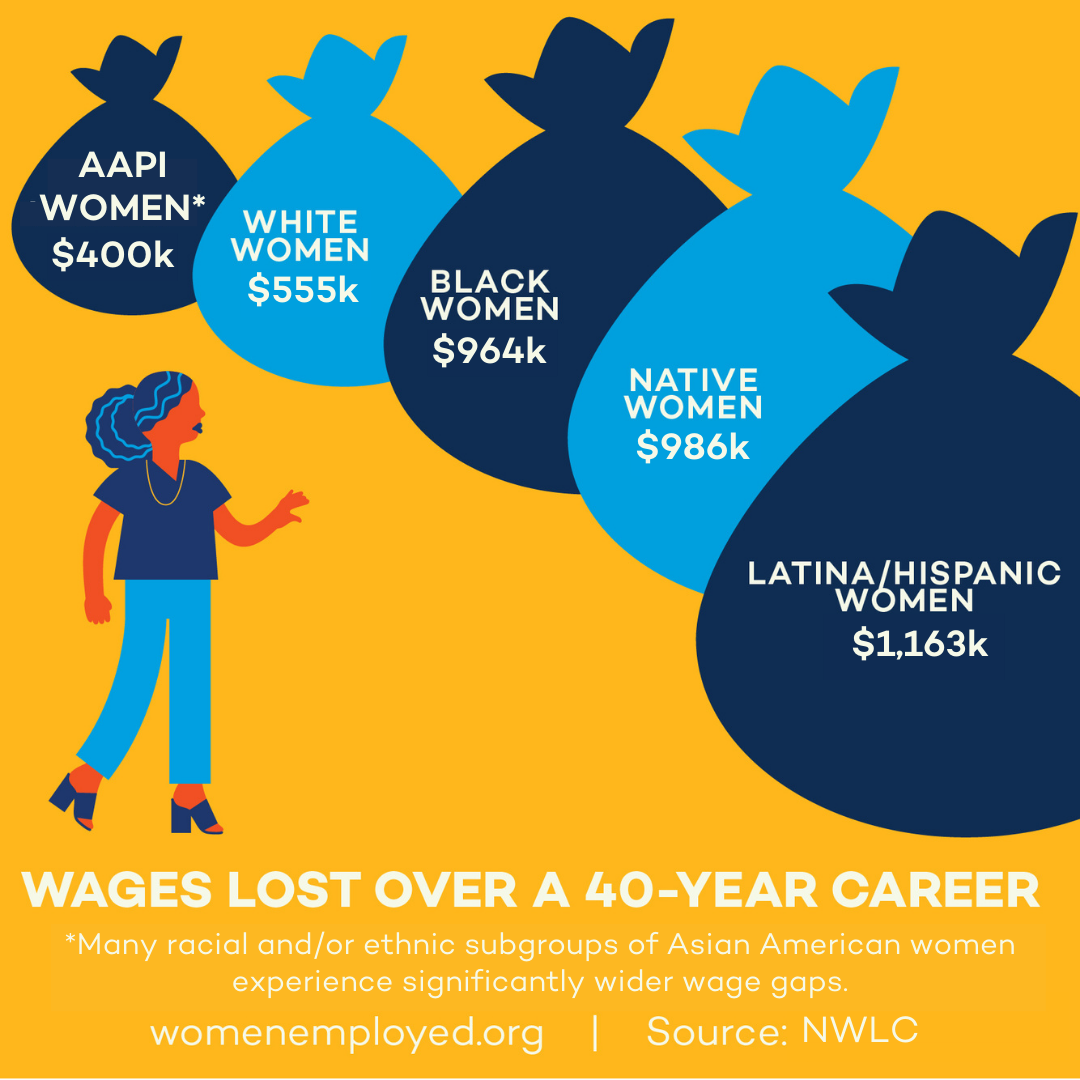 Closing the pay gap can only be done successfully when the needs and voices of women of color are centered in policy and practice changes. According to World Economic Forum’s Global Gender Gap Report, if we continue at the current rate, it will take over 250 years to close the wage gap. Closing the wage gap is not just important for women, but for business and the economy in general. Many studies estimate closing the wage gap would add $2.1 trillion to the economy and that organizations with women in executive positions consistently financially outperform their counterparts.

According to the National Women’s Law Center, Black women earn 63 cents compared to every dollar that men earn, losing out on almost one million dollars in their lifetime. And that gap has barely budged in the past 30 years.

The economic empowerment of women of color is a cornerstone of our Advocacy and Public Policy Priorities. We will continue to advocate and work towards pay equity until the racial and gender wage gaps are closed.

“The Wage Gap: State by State” from the National Women’s Law Center

United WE Equal Pay Project, including guidelines on best practices for employers 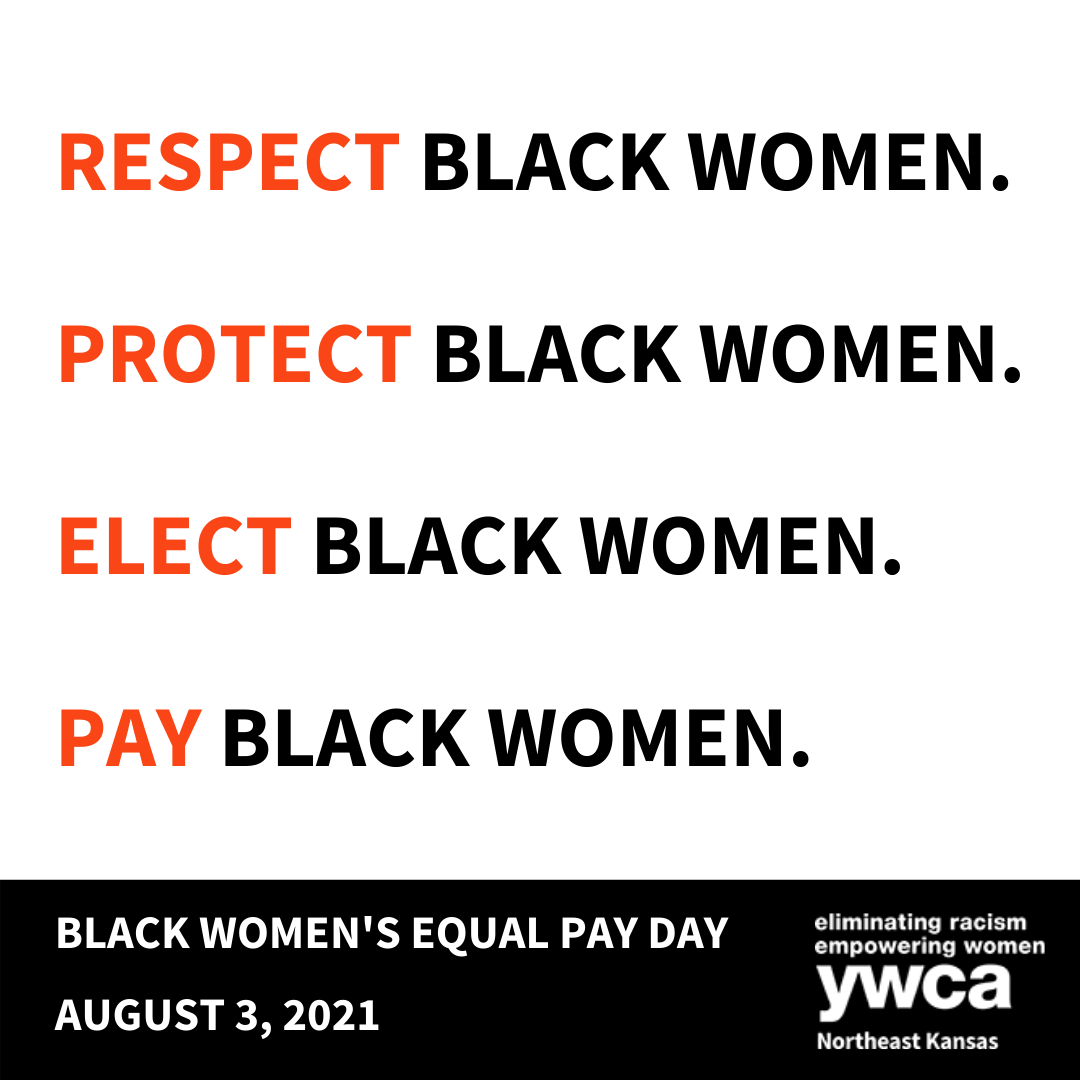