HomeJanuary Is Stalking Awareness Month
A- A A+

We’re honored to partner with our friends at Jana’s Campaign to raise awareness and offer support during National Stalking Awareness Month, and every day of the year. See below for ways you can join us this month, including some events hosted by Jana’s Campaign: Purple Chair Chat via Facebook Live on January 21st, and Coffee Shop Chat in Holton on January 26th.

Stalking Is a Crime

Stalking can happen to anyone. When A. first noticed notes being left at her apartment complex, she didn’t think much of it. Until she realized they were directed at her, and they were showing up more and more frequently, from a complete stranger.

A. is one of many people who experience stalking, which is estimated to affect 1 in 6 women and 1 in 17 men, with about half experiencing stalking before the age of 25 (CDC). Though A. did not know her stalker, it’s actually more common for people to be stalked by someone they do know, such as a current or former intimate partner.

Here are some examples of stalking behavior: 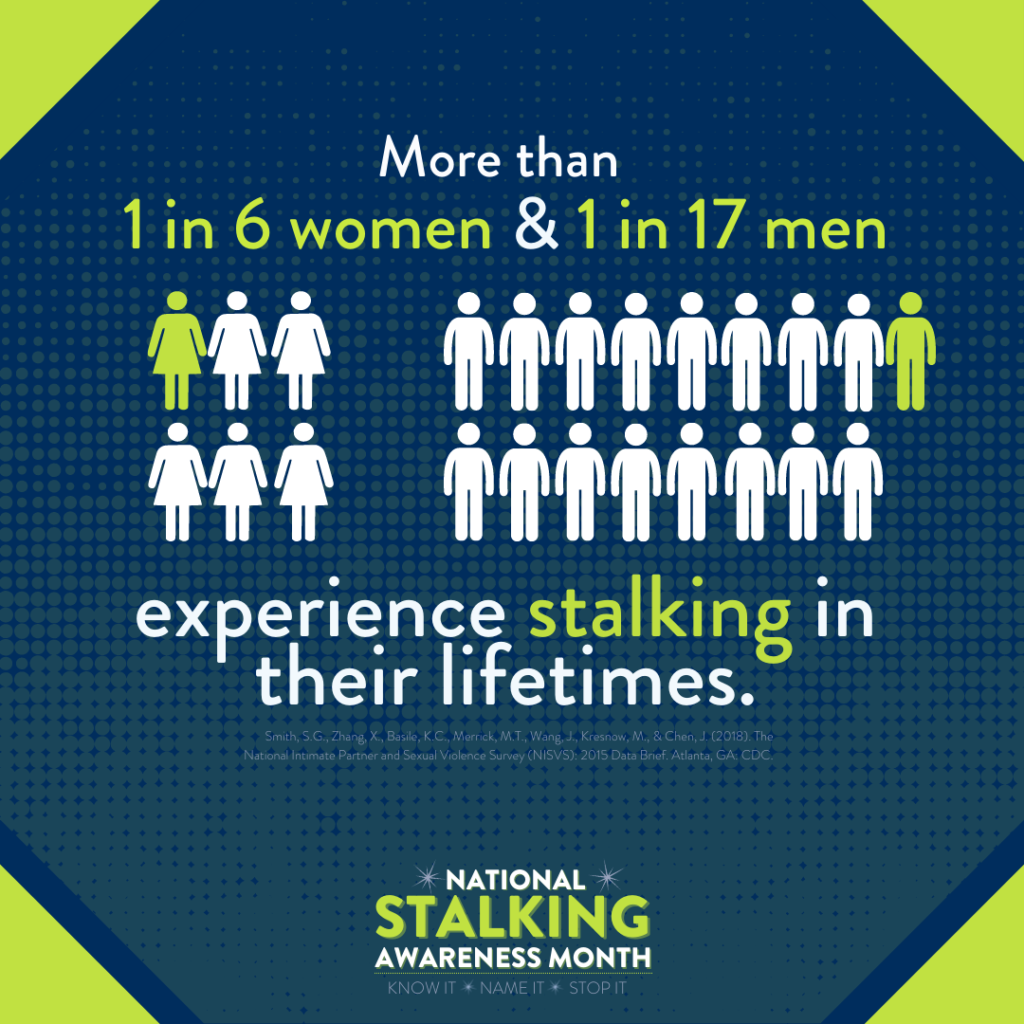 Part of the Larger Picture of Gender-Based Violence

Like other gender-based crimes, stalking is estimated to be greatly under-reported. But it is a serious crime that can indicate other forms of violence. According to the Stalking Prevention, Awareness, and Resource Center (SPARC), there is a strong connection between stalking and intimate partner violence. We know that a majority of people experiencing stalking are targeted by people they know, and the largest group are stalked by a current or former intimate partner. Stalking behaviors are used by abusers to exert control (fact sheet).

The recent Netflix series “You” explores the behavior of a person who stalks his romantic interests. Though the series makes fairly obvious connections to the dangerous and criminal nature of this behavior, there are many examples in television, movies, and literature of stalking behavior that is not so obviously labeled “bad”.

“Stalking is sometimes wrongly characterized as romantic, sweet, or about love,” says Joyce Grover, Executive Director of the Kansas Coalition Against Sexual and Domestic Violence. “But, in reality, the stalker feels entitled to control over their victim, seeking to track where they are, where they have been, and who they may be with. Stalking is abusive, dangerous, and disruptive.” (KCSDV)

Upcoming Event: Join Jana’s Campaign and YWCA CSE’s Rural Office for a discussion on this topic on January 26th at Hotshot Specialty Coffee Shop in Holton. Participants will learn and share their responses to Netflix’s “You” and its ties to stalking.

What You Can Do

Remember A.’s experience above? The fear that A. felt when she put the puzzle pieces together about her stalker led her to seek help, including contacting law enforcement. With the support and resources available, she gained freedom from her stalker and processed the trauma of that experience. There is help available, and we can all play a part in making sure that people who experience stalking are supported, safe, and never feel alone.

If you think you or someone you know is experiencing stalking, we are here to help. The YWCA Center for Safety and Empowerment provides services for anyone in Topeka and Northeast Kansas experiencing domestic and sexual violence, stalking, and human trafficking. Each victim/survivor’s situation is unique, but some of the things that can help gather information and highlight a pattern of stalking behavior include:

Be a Part of the Solution: Learn More and Raise Awareness

This month, join YWCA Northeast Kansas and other organizations in raising awareness about stalking through social media. You can interact and share the content on Facebook, Instagram, and Twitter. It is important for all of us to learn the signs of stalking, and to know how to support someone who may be experiencing stalking and help them find the resources they need. 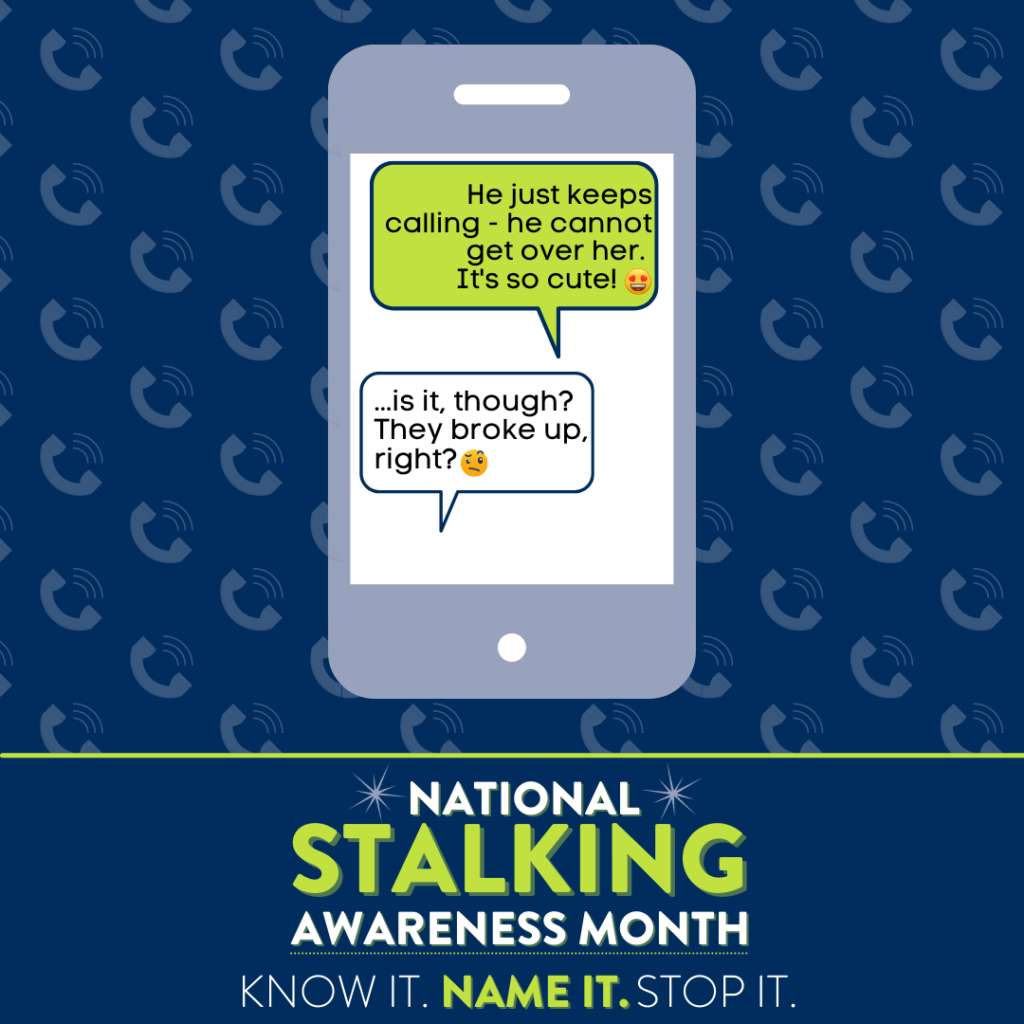