HomeBlack Feminism, Black Art, and Black History Matter All Year Long
A- A A+

February is Black History Month, and YWCA Northeast Kansas is celebrating by uplifting voices and Black history makers that we can honor all year long.

BLACK HISTORY AND THE MISSION OF THE YWCA

As leaders in the women’s empowerment and racial justice movement, working at the intersection of race and gender is crucial to our social equity work.  That’s why, with YWCAs across the country, we have been uplifting the unsung legacy of Black feminist leaders on social media throughout Black History Month.The work of these powerful Black sheroes is critical to our collective efforts to eliminate racism and empower women. Our mission is not two separate tasks, but a single imperative that recognizes the indelible link between racial justice and gender equity in our society.

Have you heard the term “Intersectionality”? Coined by Kimberle Crenshaw, a pioneering civil rights advocate, professor, and leading critical race theory scholar, calls attention to how systems of oppression overlap to create distinct experiences for those with multiple identity categories. She currently teachers at the UCLA School of Law and Columbia Law School.

“When feminism does not explicitly oppose racism, and when anti-racism does not incorporate opposition to patriarchy, race and gender politics often end up being antagonistic to each other, and both interests lose.” – Kimberle Williams Crenshaw 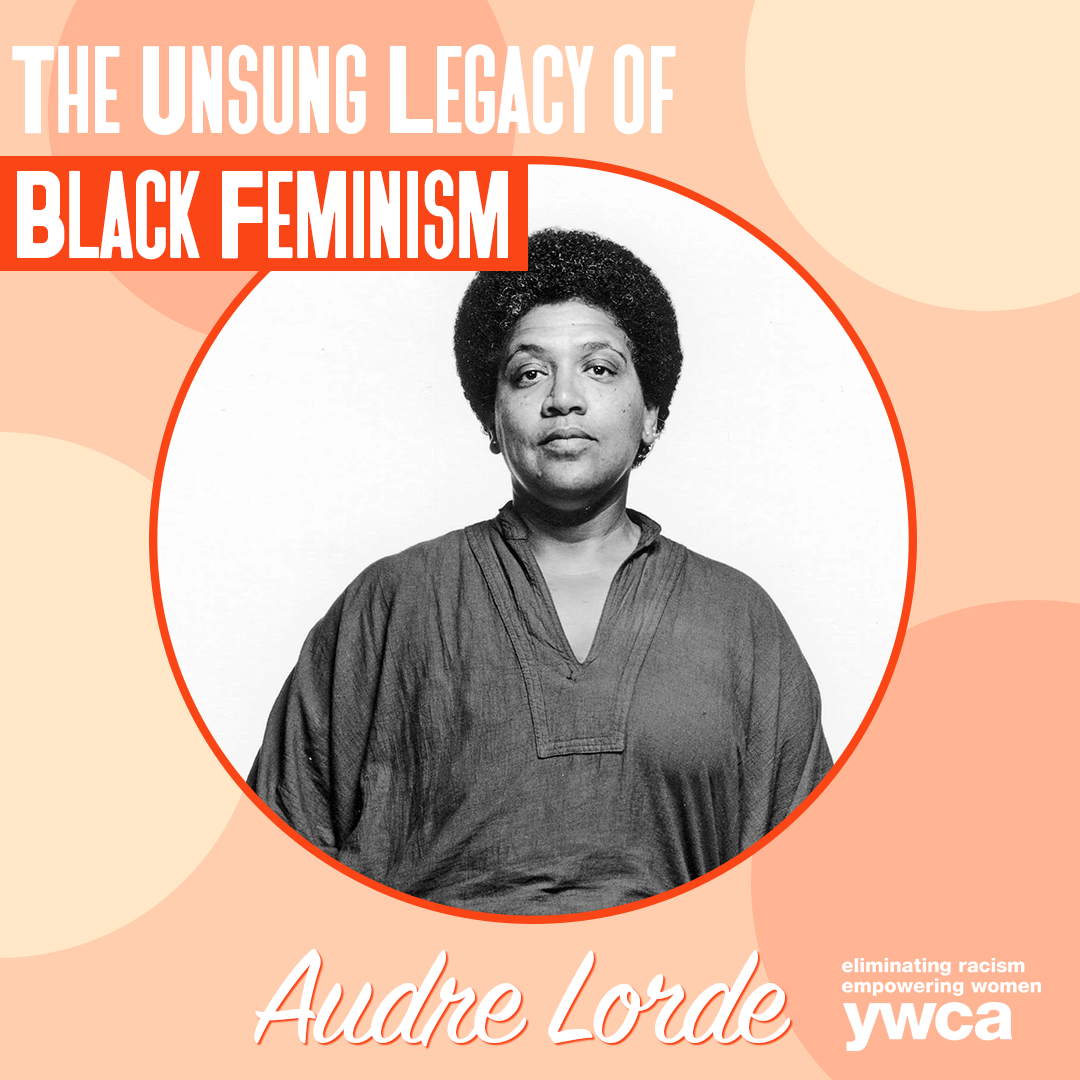 Writer and poet Audre Lorde dedicated her life to grappling with the critical and often intersecting injustices of racism, classism, sexism, and homophobia. She was a vigilant champion for Black queer women whose critiques of the racism within feminist movements offered a voice to Black women who often felt unseen and left behind. Her radical perspectives helped forge the way for the contemporary radical Black feminists of today and created pathways for unity across the social divides she navigated in her own life.

“Caring for myself is not self-indulgence, it is self-preservation, and that is an act of political warfare.” – Audre Lorde

After beginning her career at YWCA Harlem in 1937, Dorothy Height rose to become one of the most influential leaders at YWCA, influencing the national organization to become actively involved in the civil rights movement. Height was YWCA’s first Director of Racial Justice, and she dedicated her life to the intersectional mission of racial and gender equality. She lived to be 98 years old, leaving a trail of influence that will impact the world for generations to come. At her funeral in 2010, President Barack Obama gave the eulogy.

“We have to improve life, not just for those who have the most skills and those who know how to manipulate the system. But also for and with those who often have so much to give but never get the opportunity.” – Dorothy Height

In addition to honoring the legacy of Black feminists, we are looking closer to home and finding ways to uplift the spaces and voices that contribute to the diverse and beautiful Black history right here in northeast Kansas. Our community is filled with vibrant art, inspiring leaders, and important places that teach us about who we are, and who we can become. Here are a few stops on a local Black history tour that you might not know about.

Founded by Beatrice Childs in 1923 by Beatrice Childs, the Topeka Council of Colored Women’s Clubs was located in Tennessee Town. The home at 1149 Southwest Lincoln Street was recently added to the National Register of Historic Places and is undergoing a renewal lead by Living the Dream, Inc. For decades, the club served as a home base for women to socialize and serve their Black community in Topeka. The role of women – mothers, matriarchs, and leaders – in our efforts for racial justice can not be understated. 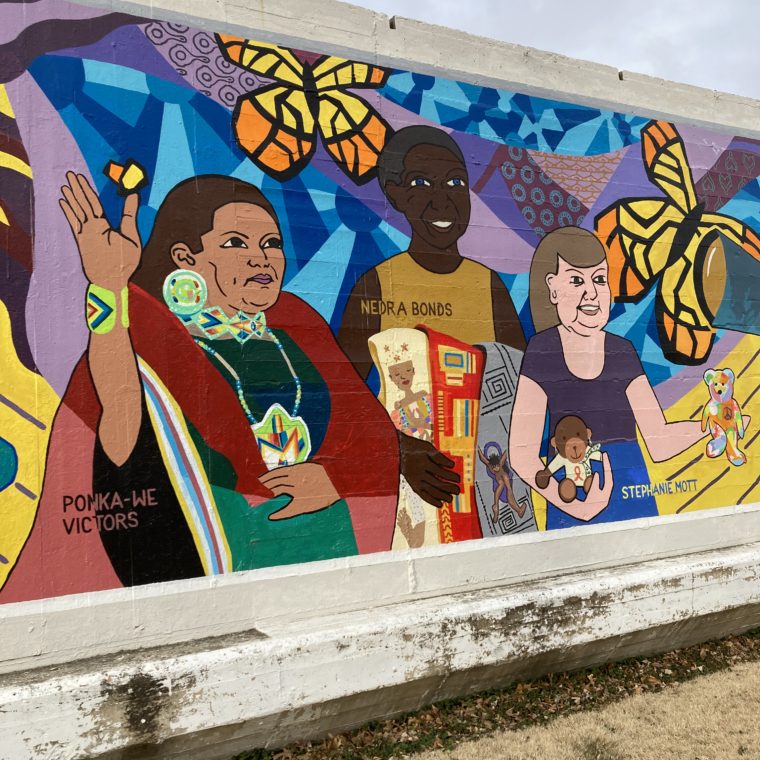 Some of the most beautiful artwork in Topeka is dedicated to Black history, and the collaborative process of creating these murals is a testament to the diverse leaders, artists, and young people – past and present – that make Topeka the vibrant community we call home. For example, the Great Mural Wall of Topeka is a grassroots effort by hundreds of community members that illustrates the past, present, and future of this diverse community. And the mural at the Brown v. Board of Education Historical Site reminds us how courageous Black families in our local community impacted the fight for equality all over the world.

Just behind the new Evergy plaza sits a collection of buildings previously owned by Black business owner Nick Chiles. He moved to Topeka in 1886 and worked in the grocery, retail, and hotel businesses before purchasing a newspaper. The Topeka Plaindealer grew to be one of the biggest and longest running Black newspapers, uplifting the voices and causes of African Americans in Kansas and beyond. The Nick Chiles buildings could soon be uplifted themselves, according to the Topeka Capital-Journal. Learn more about the effort to save and restore these buildings here. 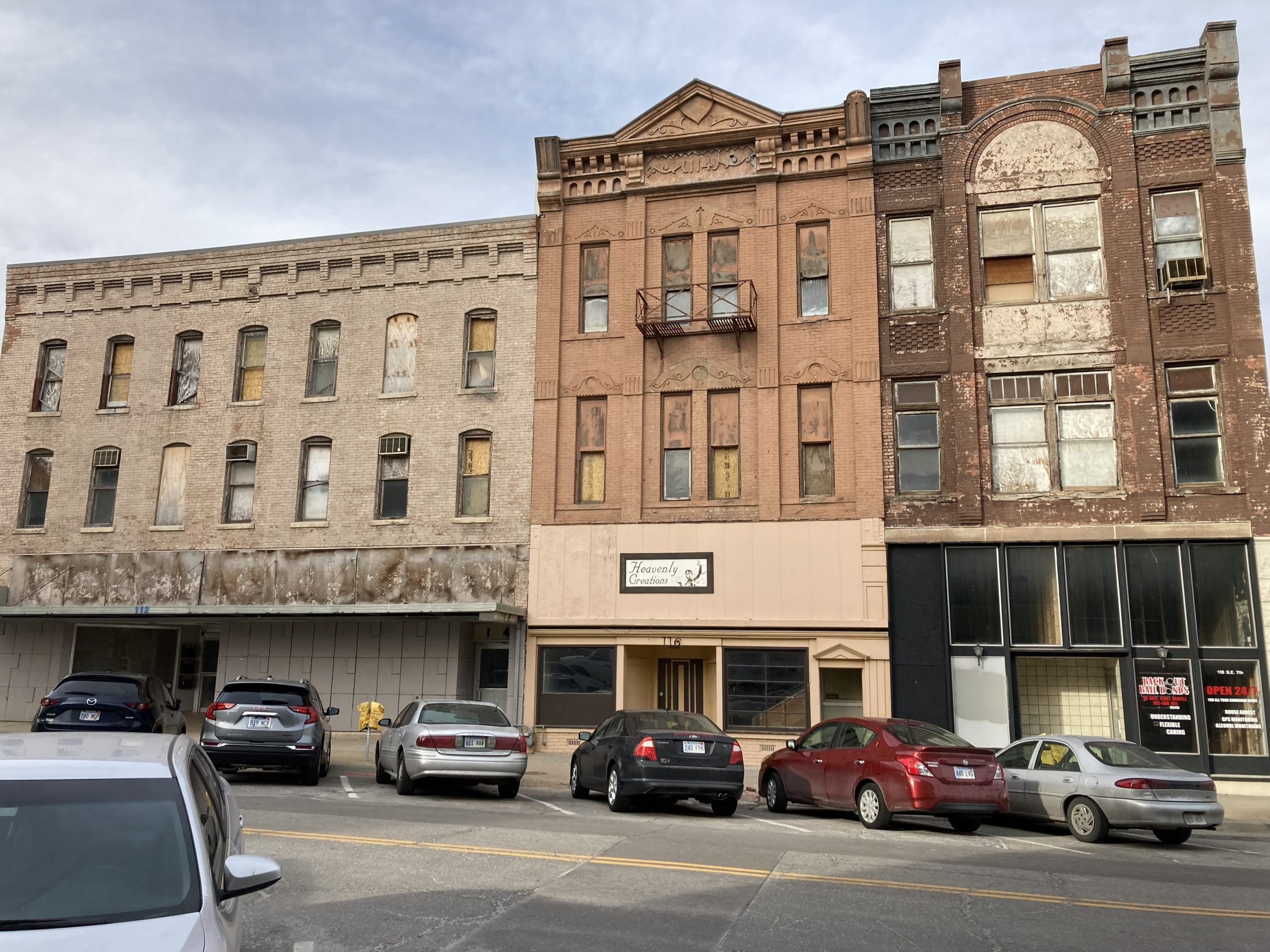 How did you honor Black History Month this year, and how will you continue to honor Black voices and work for racial and gender equity all year long?