HomeYou’re Safe Here
A- A A+ 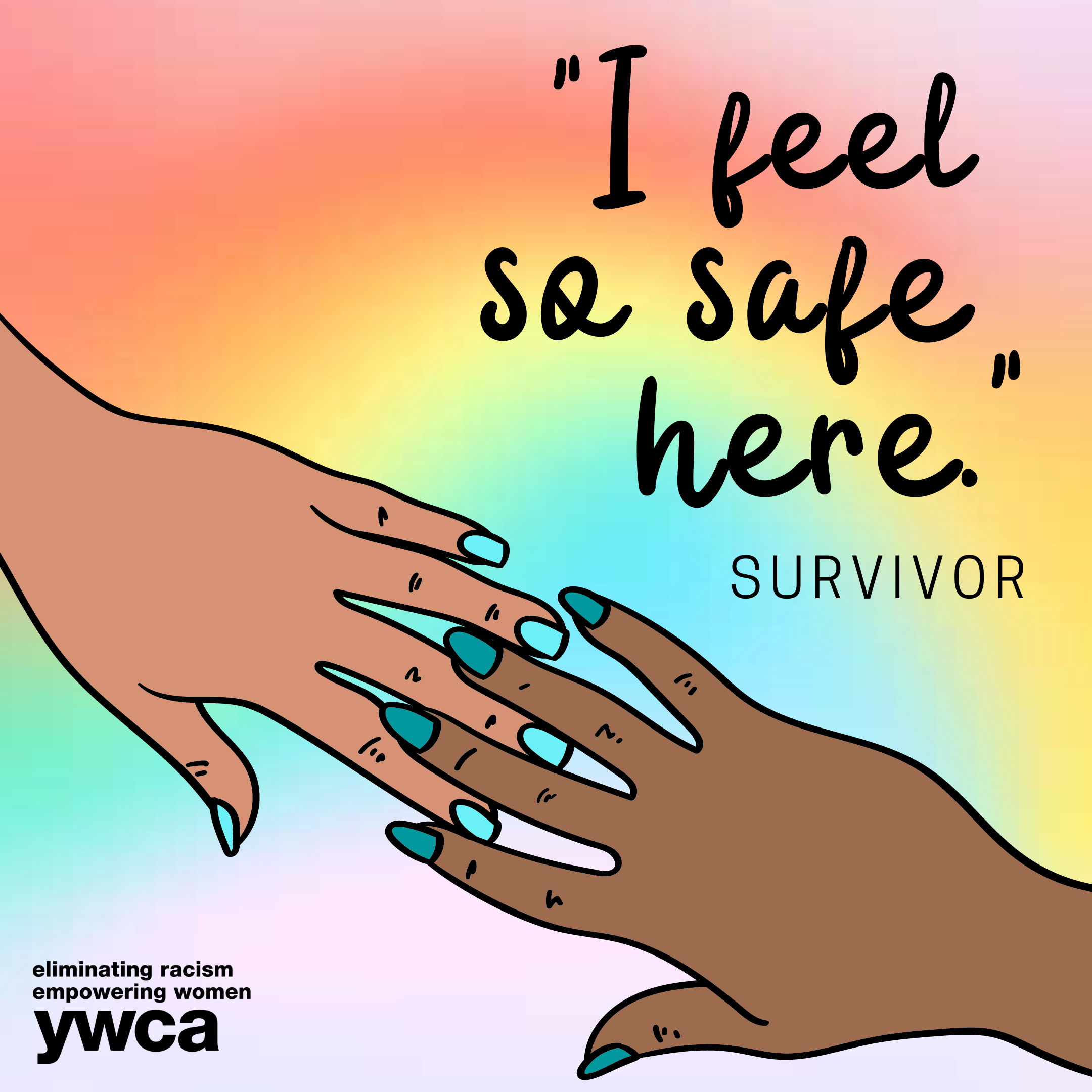 The YWCA Center for Safety and Empowerment supports all survivors, and serves survivors of all gender identities and sexual orientation and identities. Advocates are available 24/7 for anyone experiencing sexual assault, domestic violence, stalking or human trafficking in Northeast Kansas. Advocates can be reached on our FREE and CONFIDENTIAL helpline: 1-888-822-2983.

Each Survivor’s Story is Valid

Women of all sexual identities bear the disproportionate burden of gender-based violence, but we also must recognize the diverse experiences of survivors who represent any and all genders, identities, and sexual orientations. 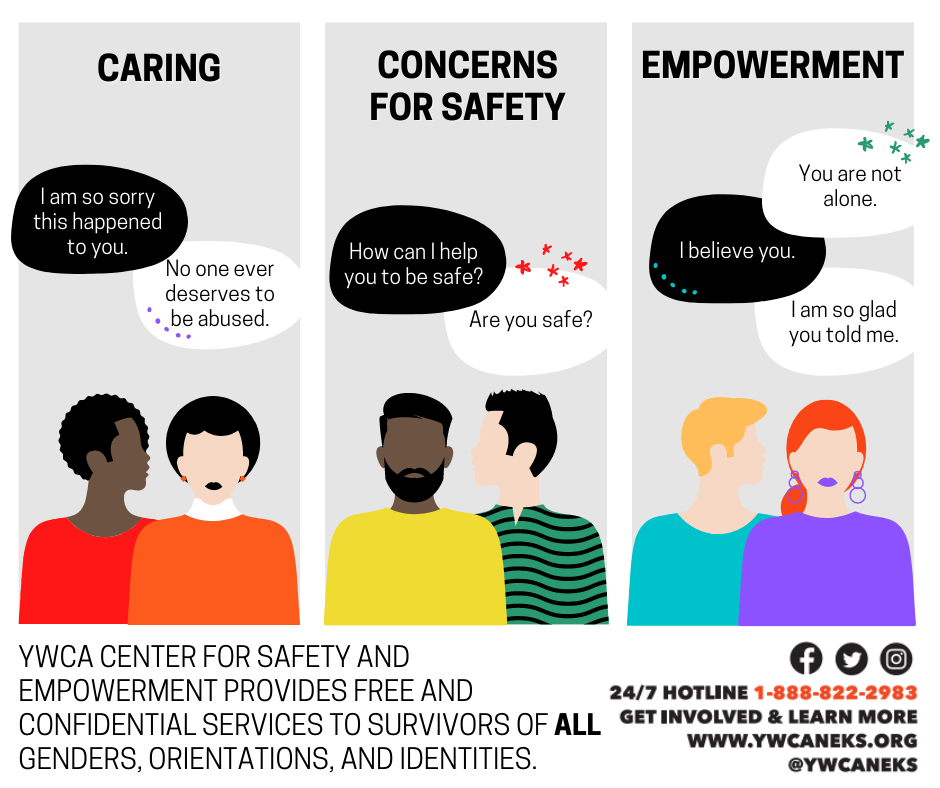 LGBTQIA+, or Lesbian, Gay, Bisexual, Transgender, Queer, Intersex, Asexual and non-binary communities often represent a direct contradiction to expected and assigned gender roles in society, and as a result, are at heightened risk of gender-based violence. In addition, LGBTQIA+ survivors face additional systemic, cultural, and structural barriers to reporting and seeking help and support, such as being denied access to domestic violence shelters and the lack of competent services in their community.

LGBTQIA+ survivors also face unique forms of abuse, including fear of isolation and ostracization, shame and embarrassment around identity, refusal to respect pronouns and chosen name, fear of not receiving services because of discrimination and stereotypes, and the fact that legal protections for LGBTQIA+ people vary by state.

At YWCA Northeast Kansas, we value each survivor’s unique experience, and we continue to work toward being a safe place for LGBTQ+ survivors. In 2021, non-binary, gender queer, gender fluid, gender non-conforming individuals, transmen, and transwomen received services through the YWCA Center for Safety and Empowerment, including stays in our emergency shelters and support during forensic exams at the hospital. 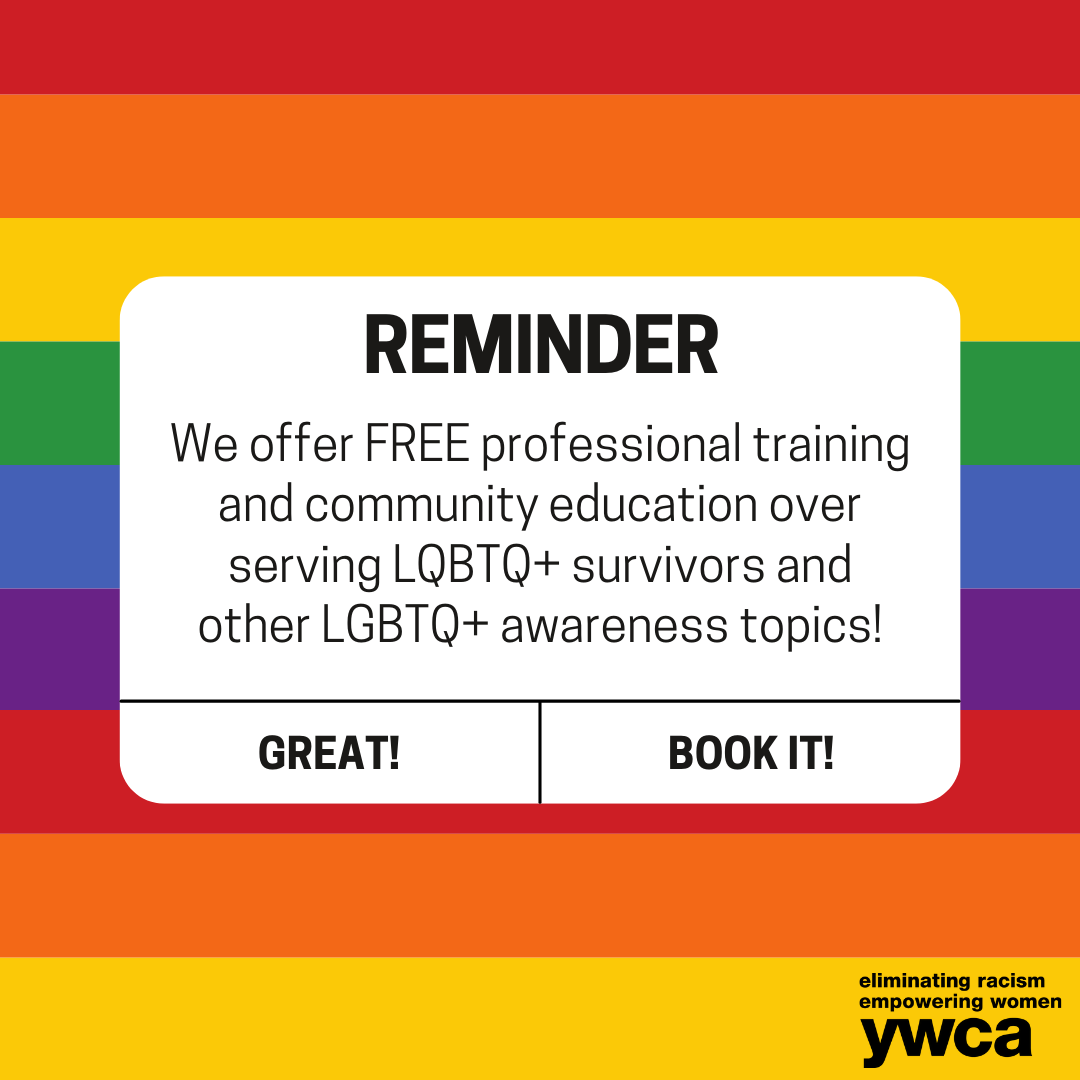 As a member of the largest network of domestic violence service providers in the United States, YWCA Northeast Kansas not only provides non-judgmental, comprehensive support to survivors of all genders and sexualities, but also works toward systemic changes and legislation that is comprehensive and inclusive of the needs of all victims of gender-based violence, particularly those who face increased barriers to safety, such as Native women, immigrants, communities of color, LGBTQ+ victims, and those with multiple marginalized identities.

Everyone deserves to live safely and freely, regardless of their gender or sexuality. From our advocacy efforts to the individual services provided to all survivors, we want you to know: You are safe here.

LEARN MORE: JOIN US FOR OUR PUBLIC EDUCATION SUMMER SERIES