YWCA Answers the Call for Justice

HomeYWCA Answers the Call for Justice
A- A A+ 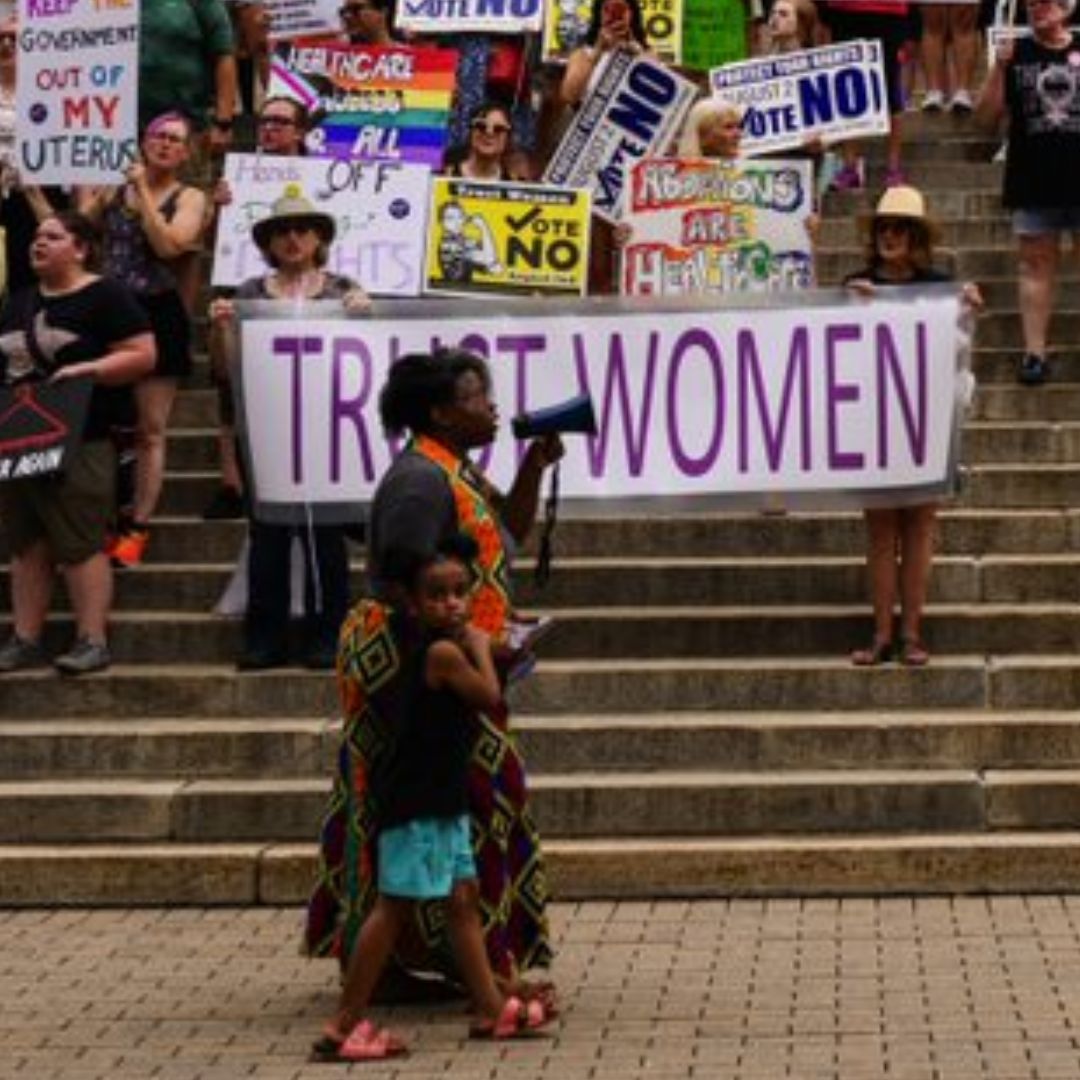 If you read the news at all this year, you know that reproductive rights were a major headline. Kansans made history as the first state to vote on the right to abortion after the United States Supreme Court overturned Roe v. Wade in June.

YWCA stood true to its mission and history as a leader in advocating for racial and gender equity. We stood up and spoke out. We raised our voices, used our votes, and protected the future of abortion access in Kansas.

Read on to see the many ways that YWCA Northeast Kansas promotes justice and equity, as illustrated by our efforts for reproductive rights and reproductive justice this year.

During the annual Stand Against Racism Challenge with YWCA USA, one of the four topics was Reproductive Justice. Over 600 Kansas signed up for the challenge with YWCA Northeast Kansas, and we partnered with Planned Parenthood Great Plains to bring a local lens to this issue. We know that reproductive justice is racial justice, and that without the right – and access – to abortion, those who suffer the most are women of color, LGBTQ+ persons, immigrants, and others who experience barriers to healthcare. Efforts to protect abortion rights must be rooted in racial justice. This is what hundreds of Kansans learned by participating in the Stand Against Racism Challenge. 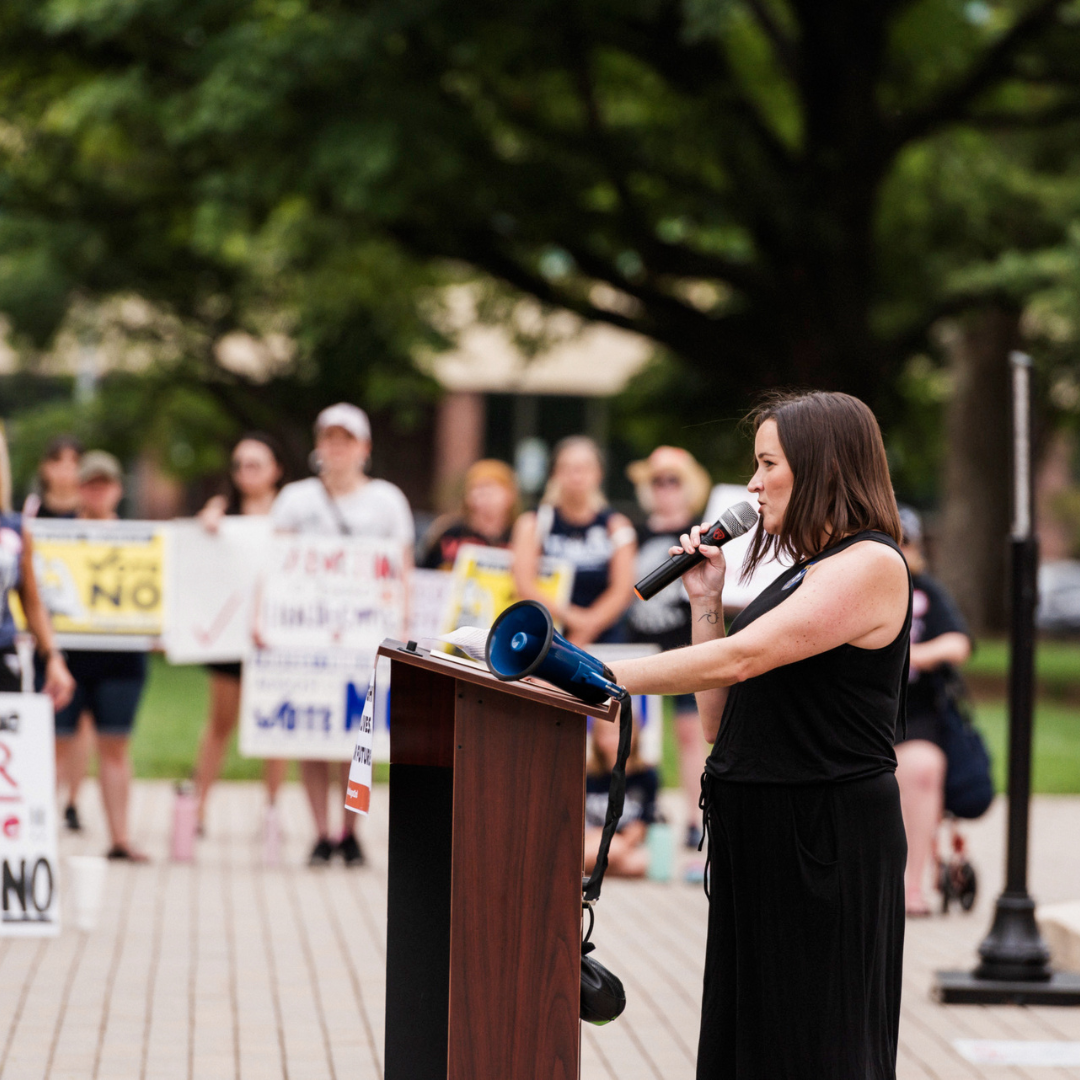 When the Kansas state legislature voted to put an anti-choice constitutional amendment on the August 2nd primary ballot, YWCA CEO Kathleen Marker was one of the first to testify in opposition. Ultimately, the question was placed on the ballot, and YWCA Northeast Kansas joined groups across the state urging Kansans to vote no and reject the constitutional amendment.

We held virtual conversations with experts, hosted a panel discussion, and invited hundreds of allies and advocates to the Kansas Statehouse in July for a rally that made headlines across the region. On August 2nd, Kansas voters overwhelmingly rejected the constitutional amendment, retaining the right to abortion for all Kansans. But the work wasn’t over.

Abortion rights were under threat again on the November general election ballot. For the first time in state history, six of the seven Kansas Supreme Court justices were up for retention votes. These are the justices who voted in 2019 that the Kansas constitution does protect abortion rights. If those justices lost their retention votes, then the Kansas legislature would be able to move forward with plans to overturn that 2019 decision. 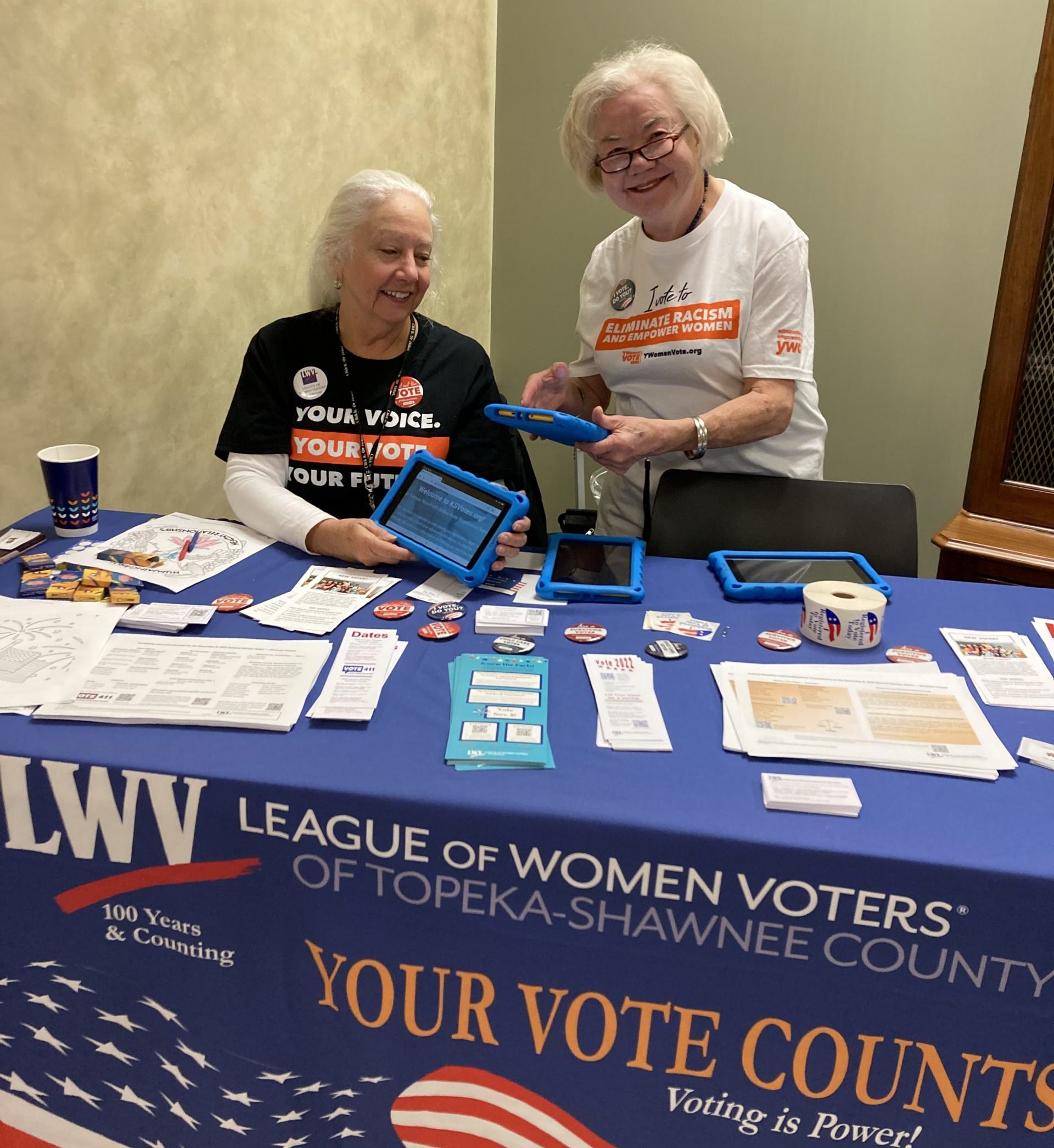 So YWCA Northeast Kansas once again joined forces with partner organizations, especially the League of Women Voters of Topeka and Shawnee County and Loud Light, to raise awareness and Get Out the Vote this fall! Our efforts culminated in the Week Without Violence in October, when we held a voter registration event.

Because of the August 2nd vote, we knew that a majority of Kansas voters support the right to abortion. We just needed them to show up and use their votes one more time to protect that right.

What sets YWCA Northeast Kansas apart from many other nonprofits is our commitment to comprehensive social services, combined with our dedication to creating a more just world through advocacy, education, and civic engagement. Join us on our mission today by making a year-end contribution, and by learning more about the YWCA Advocacy Committee’s 2023 Goals and Priorities. So that you can join our efforts in the coming year.