HomeWhat We DoAdvocacy and Racial Justice
A- A A+

Join YWCA Northeast Kansas in our mission to break through the barriers that perpetuate racism.

Stand Against Racism: Join Us for Racial Justice Facilitation Training

In partnership with the Topeka & Shawnee County Public Library, YWCA Northeast Kansas hosts a community book club that will feature books written by Indigenous people and people of color. All are invited to participate in monthly meetings to discuss the books and relevant social issues within our community. Discussions will be guided by Regina Platt, YWCA Racial Justice & Advocacy Coordinator, and Miranda Ericsson, Readers Librarian at the Topeka & Shawnee County Public Library.

In 2022, our book club meets online on the fourth Tuesday of every month from 7:00 to 8:30 PM via the online web conferencing platform Zoom. Although it is preferable to have read the book prior to the sessions, please feel free to join even if you haven’t read the book. Stay updated about Racial Justice Book Club information, including receiving the meeting details and monthly Zoom link by clicking on the button below. 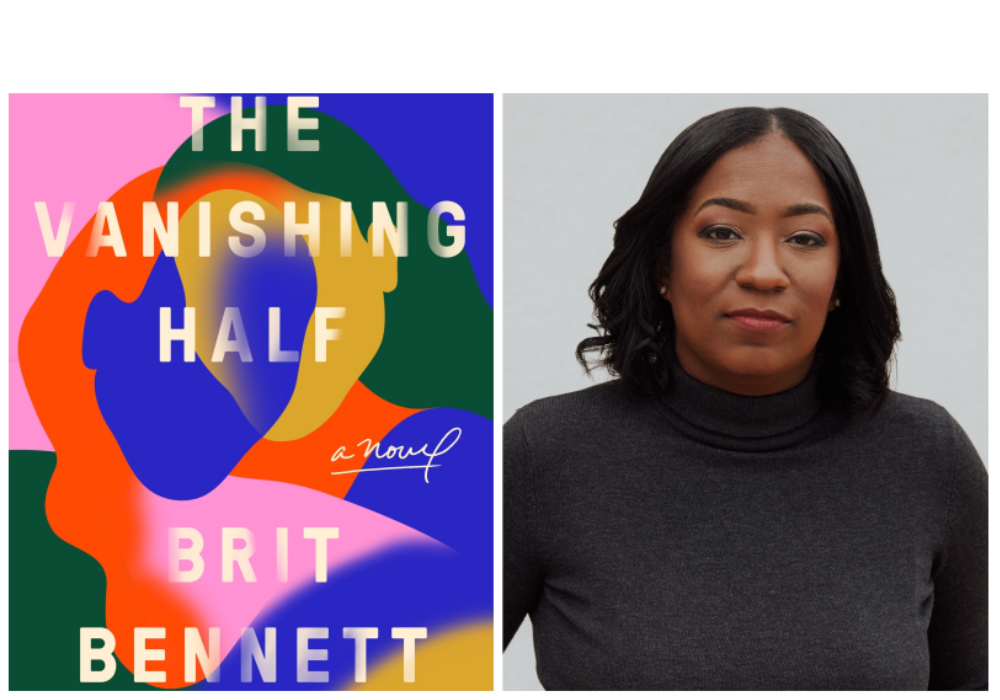 May: The Vanishing Half, by Brit Bennett. This novel weaves the stories of two identical twins, whose lives start out exactly the same, but end up vastly different. “Brit Bennett produces a story that is at once a riveting, emotional family story and a brilliant exploration of the American history of passing.”-Provided by the publisher.

Miranda has plenty of copies at the Topeka & Shawnee County Public Library. Reserve a digital copy by clicking here, or you can email Miranda and she will set a hard copy aside for you!

If you don’t have time to read the book, here are some quick links to catch you up on the topic:

May: The Vanishing Half, by Brit Bennett

As one of the oldest and largest women’s organizations across the nation, YWCA has been at forefront of the most pressing social movements in the Northeast Kansas area for more than 160 years – from voting rights to civil rights, from affordable housing to pay equity, from violence prevention to health care reform.

What sets YWCA Northeast Kansas apart from many other nonprofits is our commitment to comprehensive social services, combined with our dedication to creating a more just world through advocacy and community education.

You can learn more and follow along with actionable steps you can take to stand against racism, empower women, and advocate for the most marginalized by joining our Facebook group: YWCA Northeast Kansas Advocacy Cafecito.

YWCA Facilitators are committed to racial justice work. As an active member of the movement to promote positive race relations, facilitators carry the responsibility of promoting a safe environment for all participants to share personal experiences and opinions regarding the topics of race and racism.

Time Commitment: 4 hours spread over two 2-hour sessions with a single cohort, or group of facilitators. There is a third session available to those interested in becoming active facilitators. All 2021 sessions will be virtual sessions via Zoom.

Group Training: It is important for community building and continuity of learning that you complete your training within a single group.

Cost: The training is FREE if you are able to commit to attending all sessions.

What will you learn?

This class is limited to 25 attendees.

What Is Racism, Really?

Often people think of big, obvious examples, like racial slurs, KKK or Nazis, racial hate crime or not hiring someone based on their skin color.

But thinking about what racism IS and IS NOT is much more complicated than that.

This conversation explores the four levels of racism and how they stand alone and intersect with each other. Participants will also gain knowledge of how racism plays a role in everyday interactions, decisions, policies, procedures and laws within the U.S.

Join Racial Justice & Advocacy Director Regina Platt in this interactive, virtual seminar on talking with kids about race. Whether it’s your own kids, your classroom, or simply a child you care about, it can be tough to know what to say to them about race and when to have those conversations.

This seminar will offer participants a safe space to ask questions, raise concerns, and learn about resources and best practices for engaging children of all levels in conversations about race, racism, and racial justice.

Here are some common questions caregivers have on this topic:

YWCA’s racial justice work is made possible in part by the generosity of Evergy and Kansas Gas Service, and their commitment to their core value of inclusion and diversity.

“Stamped from the Beginning” by Ibram X. Kendi (January)

“How the Word is Passed” by Clint Smith (February)

“First and Only” by Jennifer Farmer (March)

“The Vanishing Half” by Brit Bennett (May)

“Why Are All the Black Kids Sitting Together In The Cafeteria?” by Dr. Beverly Daniel Tatum (January)

“Caste: The Origins of Our Discontent” by Isabel Wilkerson (April)

“The Displaced: Refugee Writers on Refugee Lives” edited by Viet Thanh Nguyen (May)

“As Long as Grass Grows: The Indigenous Fight for Environmental Justice, from Colonization to Standing Rock” by Dina Gilio-Whitaker (June)

“The Sum of Us: What Racism Costs Everyone and How We Can Prosper Together” by Heather McGhee (July)

“Rising Out of Hatred” by Eli Saslow (August)

“The Whiteness of Wealth:” by Dorothy Brown (September)

“Once I Was You: A Memoir of Love and Hate in a Torn America” by Maria Hinojosa (November/December)

“How to Be Antiracist” by Ibram X. Kendi

“When They Call You a Terrorist: a Black Lives Matter Memoir” by Patrisse Khan-Cullors and asha bandele

“The New Jim Crow: Mass Incarceration in the Age of Colorblindness” by Michelle Alexander

“Stamped from the Beginning” by Ibram X. Kendi

“We Were Eight Years in Power” by Ta-Nehisi Coates